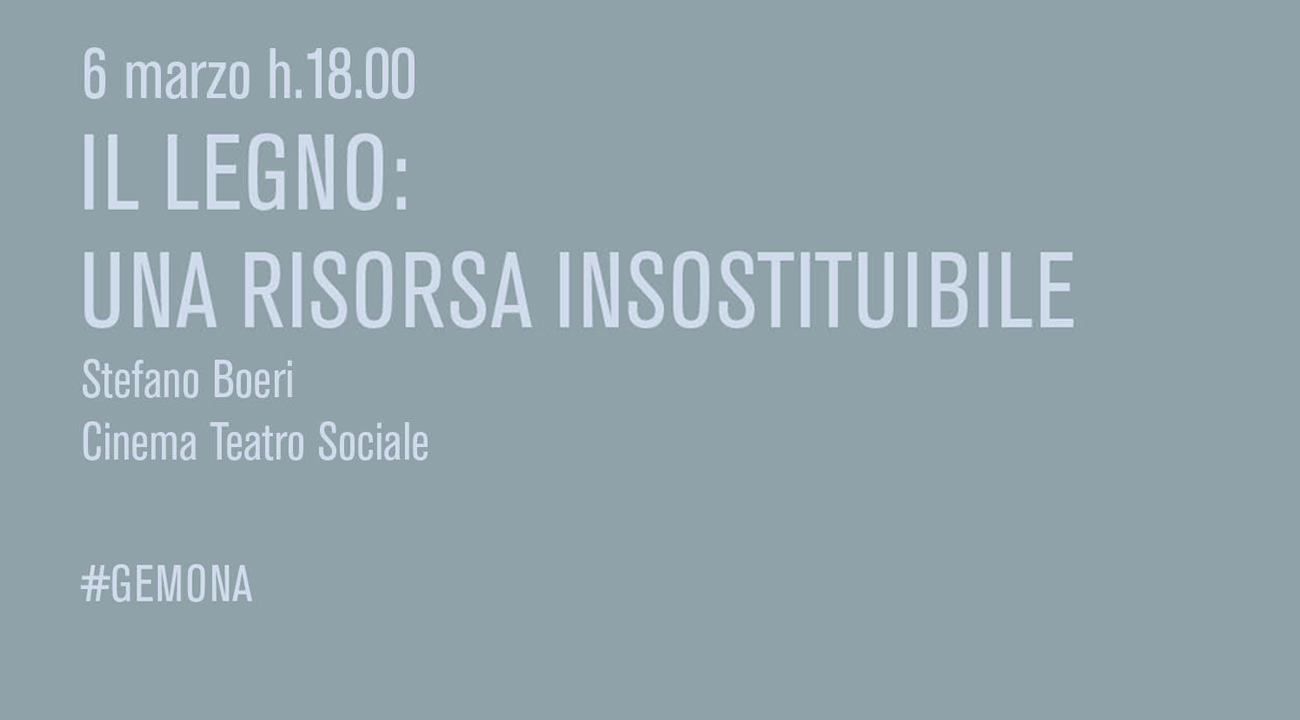 On Wednesday, March the 6th at 6 p.m., Stefano Boeri is going to take part to the event Wood as an irreplaceable resource at the Cinema Teatro Sociale, Via XX Settembre 5 a Gemona del Friuli.

Stefano Boeri Architetti has designed for Gemona a new version of Radura, a project realized by Innova FVG, public and economic institution that promotes and favours technological research and innovation especially in the mountain territory in favour of economic development, in collaboration with Regione Friuli Venezia Giulia.

Contributors to the meeting: