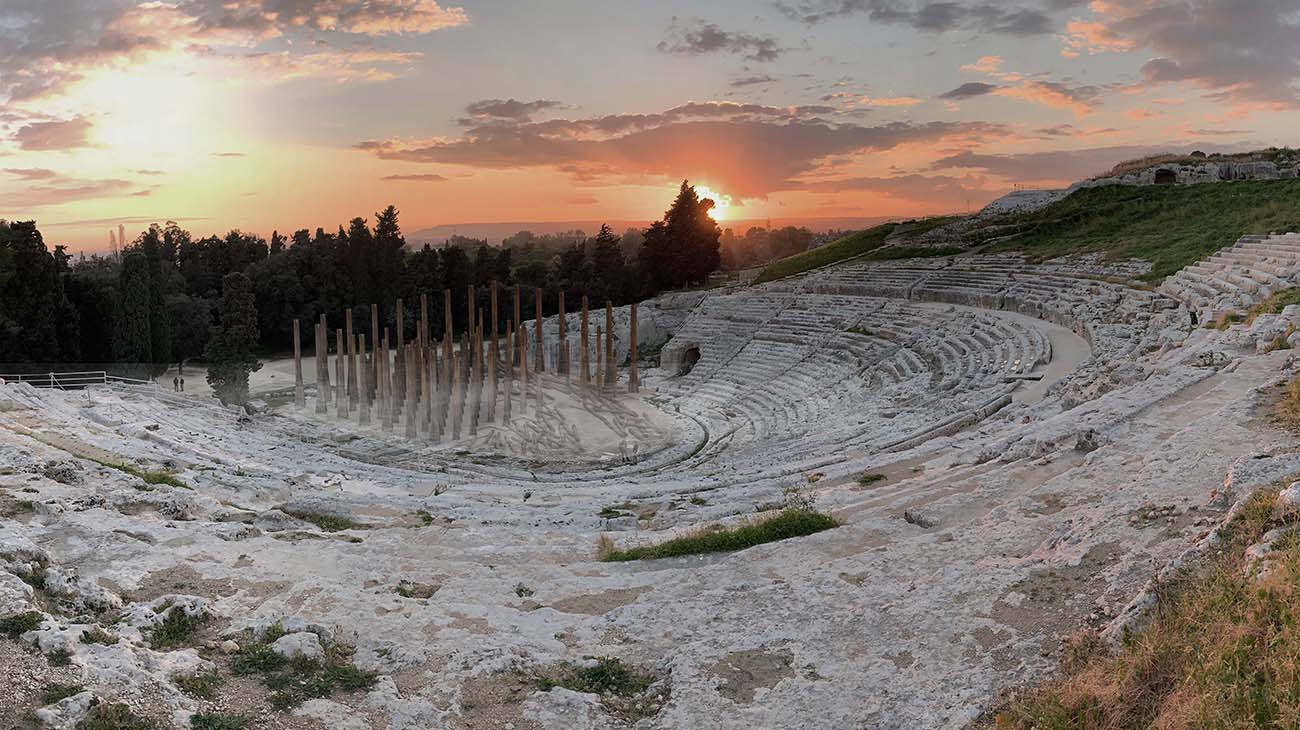 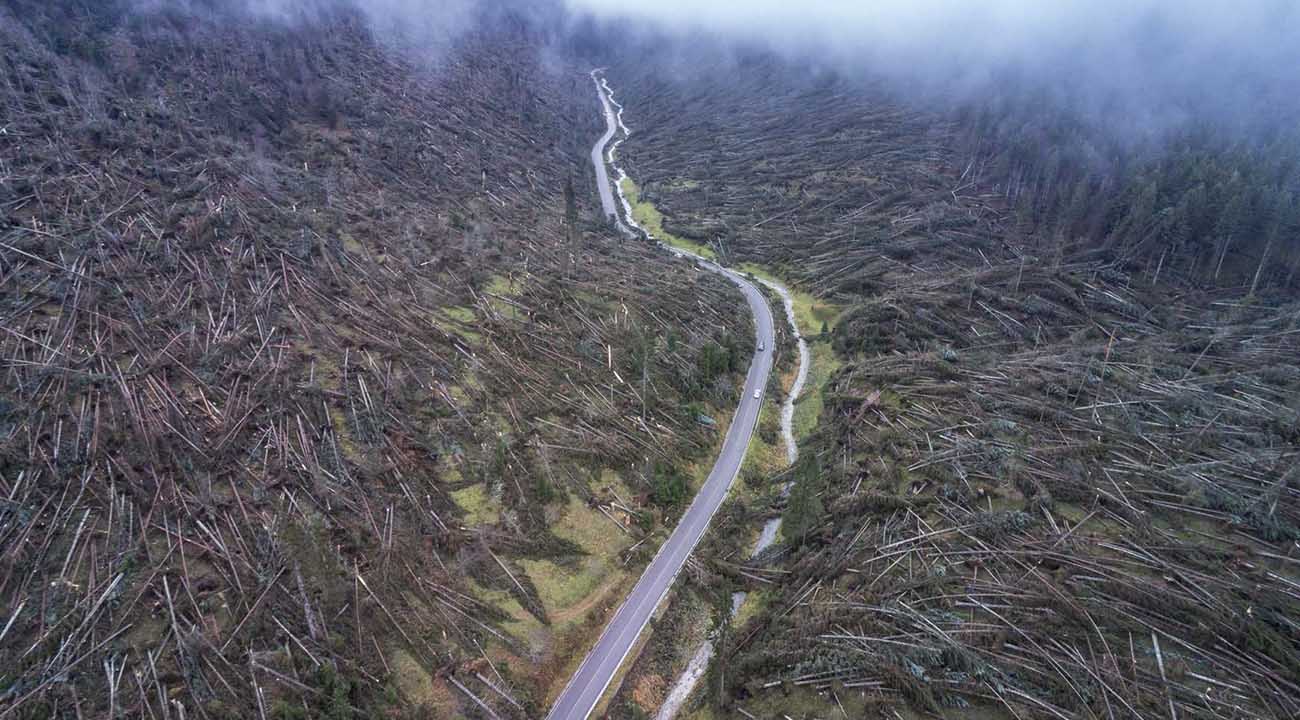 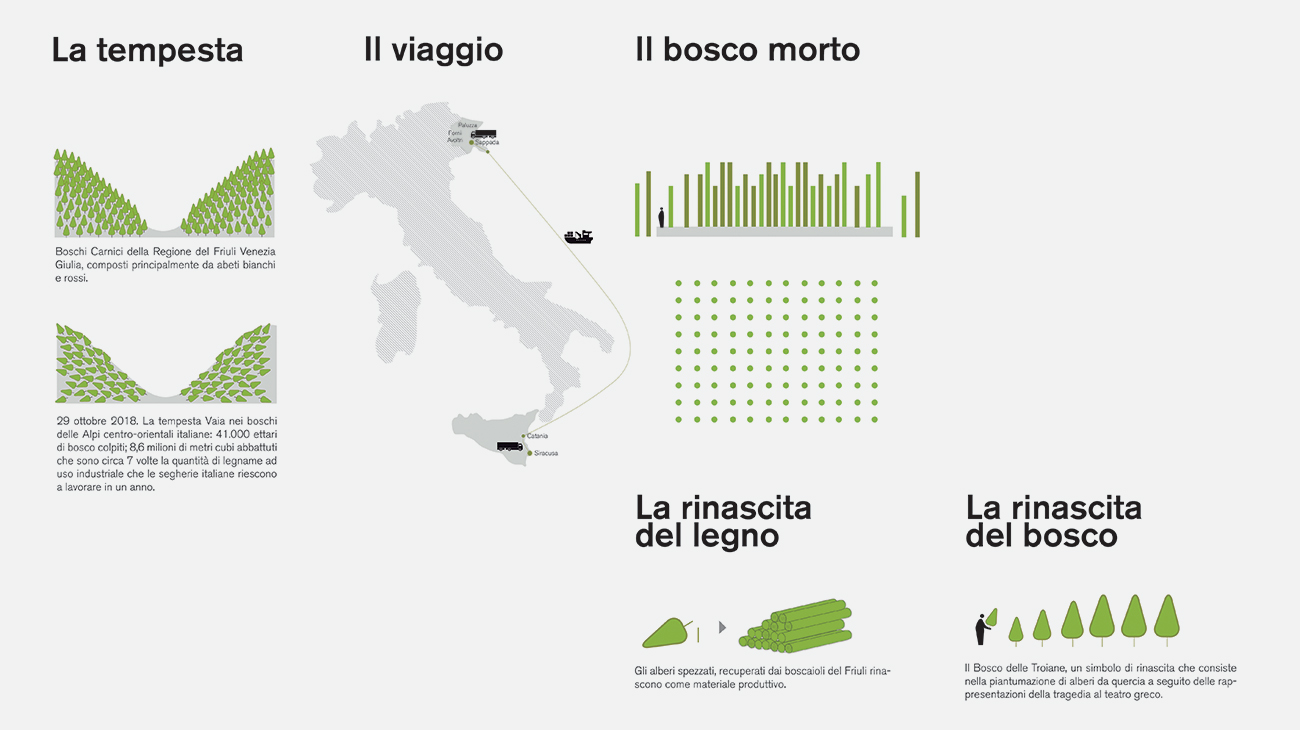 Stefano Boeri Architetti signs the stage project of The Trojan Women of Euripides, directed by Muriel Mayette-Holtz, on stage from the 10th of May to the 23rd of June 2019 at the Teatro Greco of Siracusa and promoted by Fondazione INDA.

On April 2nd the press conference in Rome. On Wednesday, April 3rd, will be held the presentation in Milan, at Piccolo Teatro (Via Rovello 12, ore 12.00).

The set up is completely realized with wood coming from Prealpi Carniche, very well known Italian mountains collected from the crashed forests following a terrible storm in October 2018. The spruces from Friuli become real protagonists of the stage project for Siracusa thanks to the precious collaboration of Innova FVG.

“A Dead Forest. A forest of trees killed by a storm, of broken trunks that cover the ground.

When I have been asked by Antonio Calbi to imagine a stage project for The Trojan Women of Euripides at the Theater of Siracusa directed by Muriel Mayette – Holz, I thought from the very beginning to portray a Landscape more than a stage scenography.

So, walking the stone bleachers of the Theater and looking at the cypresses and maritime pines wood that acts like a natural scenography for the stage, my thought went immediately to the spectacular and terrible image of the thousands of trees shot down by the Carnia wind fury of last October. Thousands of spruces eradicated and laid down on the ground designing a blurred wake of desolation through the powerful order of the most ancient forests.

With Muriel Mayette – Holtz and her team, with the precious assistance of Anastasia Kucherova, we decided to give to those dead plants the last possibility to be present, erect, and still noble within the classical geometry of the Teatro Greco’s stage. They are in front of a double public: the one made of human beings on the bleachers and the one made by the trees that make the wood beyond the stage.

So, the swarm of the crashed trees, once transported to Siracusa and taken on stage, blended with bodies and the desperate and furious voices of the Trojan Women, has become a dead forest of wooden columns: erect even though sadly decimated. Proud and well ordered, though destined to a new life in Sicilian sawmills.

The truth is that today a tragedy that comes from the depths of time is there to remind us the follies of men; and that this tragedy is performed on stage probably in a moment of history when the extremely long times of the evolution of the planet seem to coincide with our daily choices and force us to face our responsibilities towards the natural environment.

The last journey of Carnia crashed forests to the Sicilian woods is a symbolic new born bridge between the forest rangers from Friuli and the ones from Sicily. Together with the involvement of the public to create a new forest dedicated to the protagonists of Euripides’ tragedy, are a message of hope; or of awareness of our constant ignorance toward a tragedy staged for the first time 2500 years ago”.