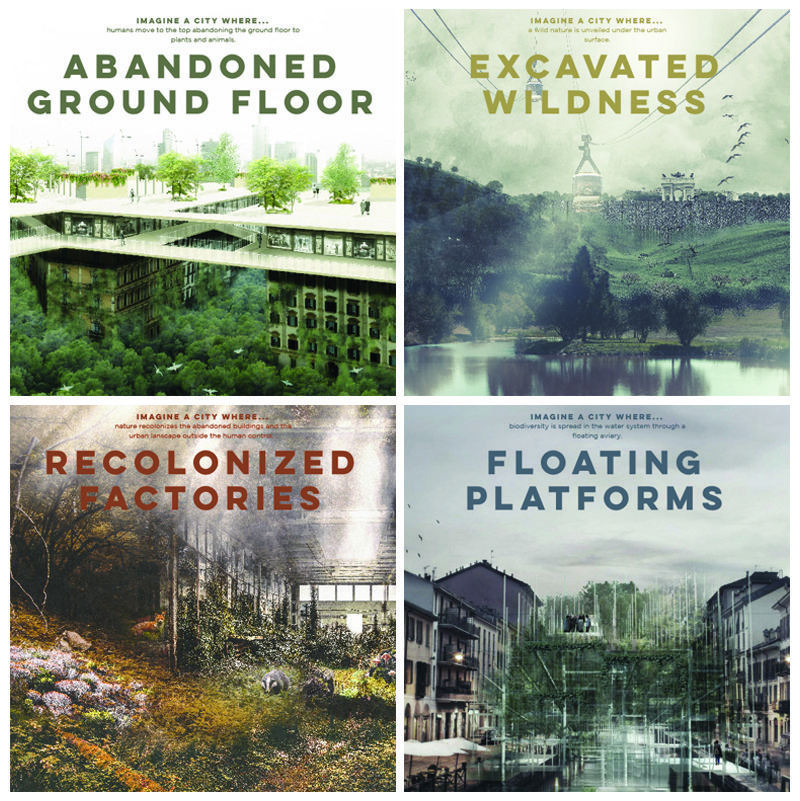 The course Milano Animal City led by Stefano Boeri and Michelle Brunello, at the Politecnico di Milano will be present at the III Istanbul Design Biennial curated by Beatriz Colomina and Mark Wigley.

Are we human? This is an allegoric question that the Third Istanbul Design Biennial has decided to pose to the participating artists. We live in a historical context in which design and planning have gone forward so much as to have substantially altered the reality around us, creating a new form of artificial geology. We wake up in a bed designed by us, we move on a car designed by us, we eat in a kitchen designed by us …Now we live in a world where design has become the world itself. Isn’t it therefore  the time to redraw the design itself? Based on this observation the biennial is organized into four thematic areas: designing the body, designing the planet, designing life and designing time.

Stefano Boeri Architetti studio has decided to tackle the subject, both difficult and challenging, bringing the experience of Milan Animal City, the Town Planning course led by Stefano Boeri and Michele Brunello at the Polytechnic of Milan in the academic year 2015-2016. The students have faced an non-anthropocentric design,a design that not only meets the needs of our species, but that puts them in a broader view where humanity is no longer alone on the pedestal of life. The first step was in fact to imagine the city of Milan through the eyes of other animal species, and to deduce how this experience can impact our way of designing. This change of perspective is a fundamental gesture because, although it is obvious that we can never really see as a bat, a rat or a bird, make an effort to do so means first of all to admit that the way we see the world is only one among many others. 2,000 slides that characterize this installation, and can be observed on the lightbox, testify this first phase depicting the colors, the light and the distortions that reality assumes when seen by different eyes. The noises of the city and of the animals that come from the  slides box, will not only render  experience more evocative, but also provide an opportunity to reflect on the fact that urbanity and nature co-exist in reality despite of the fact that the first is dominating over the other. Besides, four posters show the design solutions that four groups of students (Bombing Sempione by  Antonin Mangin, Gaia Meacci, Filippo Oppimitti, Beatrice Rogantini; Rhizome by Andreas Daniel, Carlotta Testa, Giordano Sarno, Enrico Sciannameo; Green flow by Francesco Balsarini, Annalisa Battistini, Marco Fantoni, Dorsa Kafili, Songmin Li and Abandoned Milan by Christiandy Pradangga, Lucia Bàlintovà, Antonije Levicanin, Ottavio Pedretti) have developed regarding this subject and how they tried to give a shape to the Renaturalization of the urban space. These are four visions of the city where urbanization is seen as a form of re-colonization of nature ranging from the paradoxes of control, cohabitation, the self-limitation, domain, technology.