LIVING
THE DESIGN DISTRICT 2017 THROUGH THE STREETS OF VERTICAL FOREST 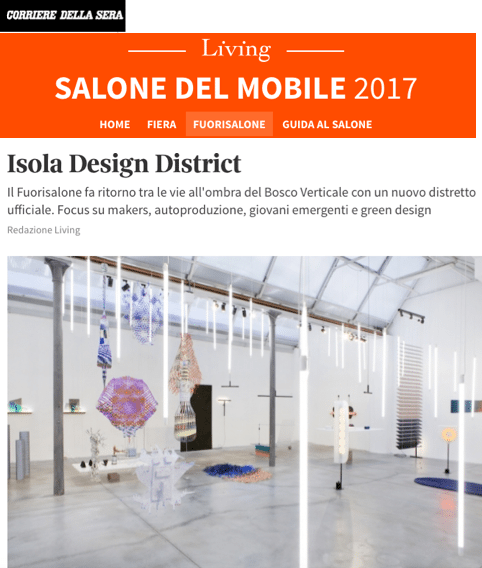 Vertical Forest will be the centre of the official district of design of the Design Week 2017.
The 2017 Fuorisalone circuit branches off through the streets of the tower designed by Stefano Boeri Architetti, which has become a symbol of architecture and innovation in Milan. “Isola Design District” is a project that starts from the bottom to bring together and give visibility to artisans, young emerging designers and brands of the neighborhood. The regional marketing initiative, sponsored by the City of Milan and the Politecnico, will involve several local business drawing on the craft industry of the area, with the aim of offering an international showcase to the multiplicity of design studies, makers and designers and self-made productions.