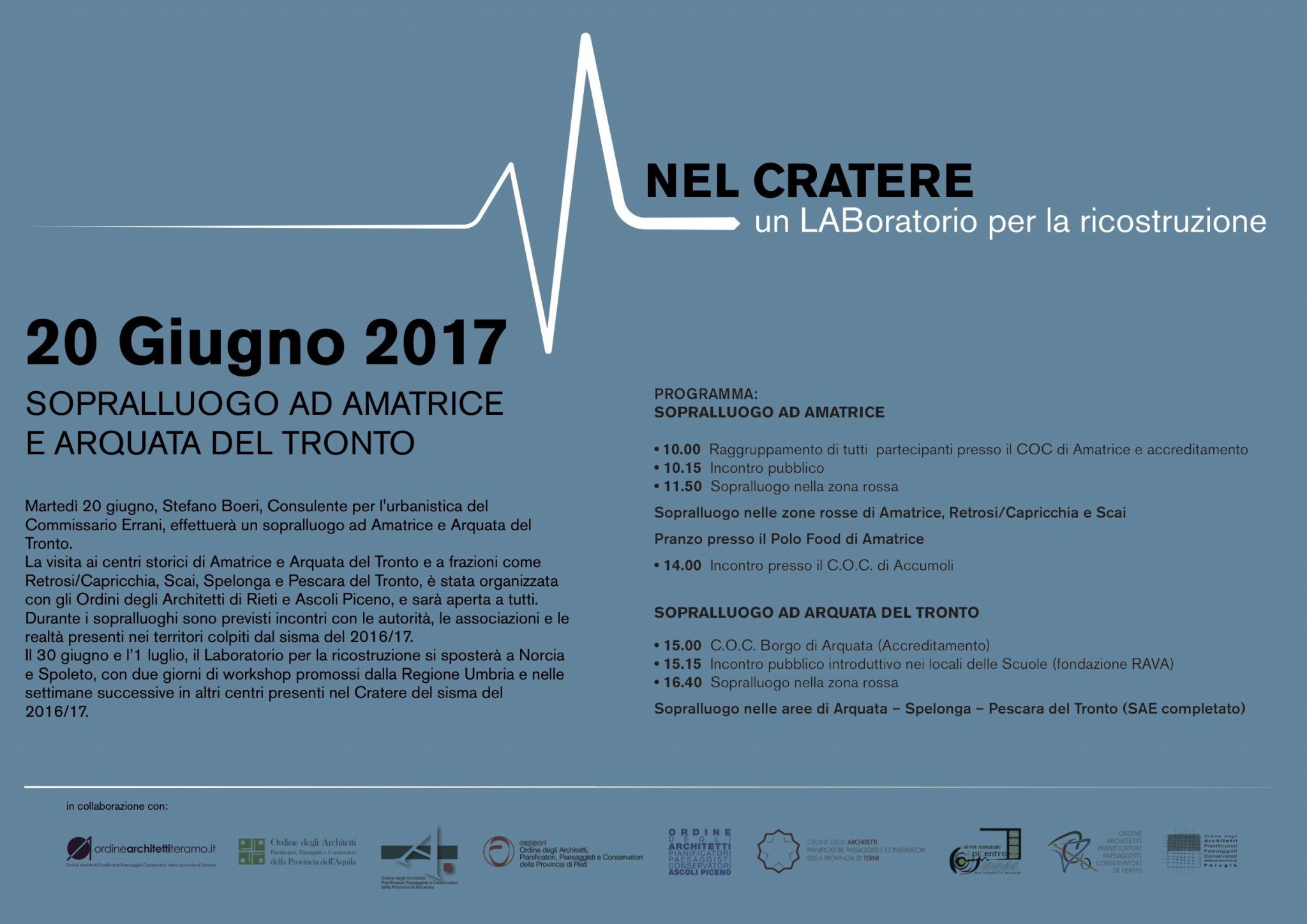 Stefano Boeri, Urban Planning Adviser of Commissioner Errani, will make a survey in Amatrice and Arquata del Tronto. Visit to the historic centers of Amatrice and Arquata del Tronto and to fractions like Retrosi/Capricchia, Scai, Sperlonga and Pescara del Tronto, was organized with the Orders of Architects of Rieti and Ascoli Piceno, and will be open to all. During the inspections, meetings with the authorities, associations and realities in the territories affected by the earthquake of 2016/17 are planned. On June 30 and July 1, the Laboratory for Reconstruction will move to Norcia and Spoleto, with two days of workshops promoted by the Umbria Region and in the following weeks in other centers in the earthquake crater of 2016/17.