IL GIORNO
MAYOR OF MILAN APPROVES THE PARK FOR CHILDREN 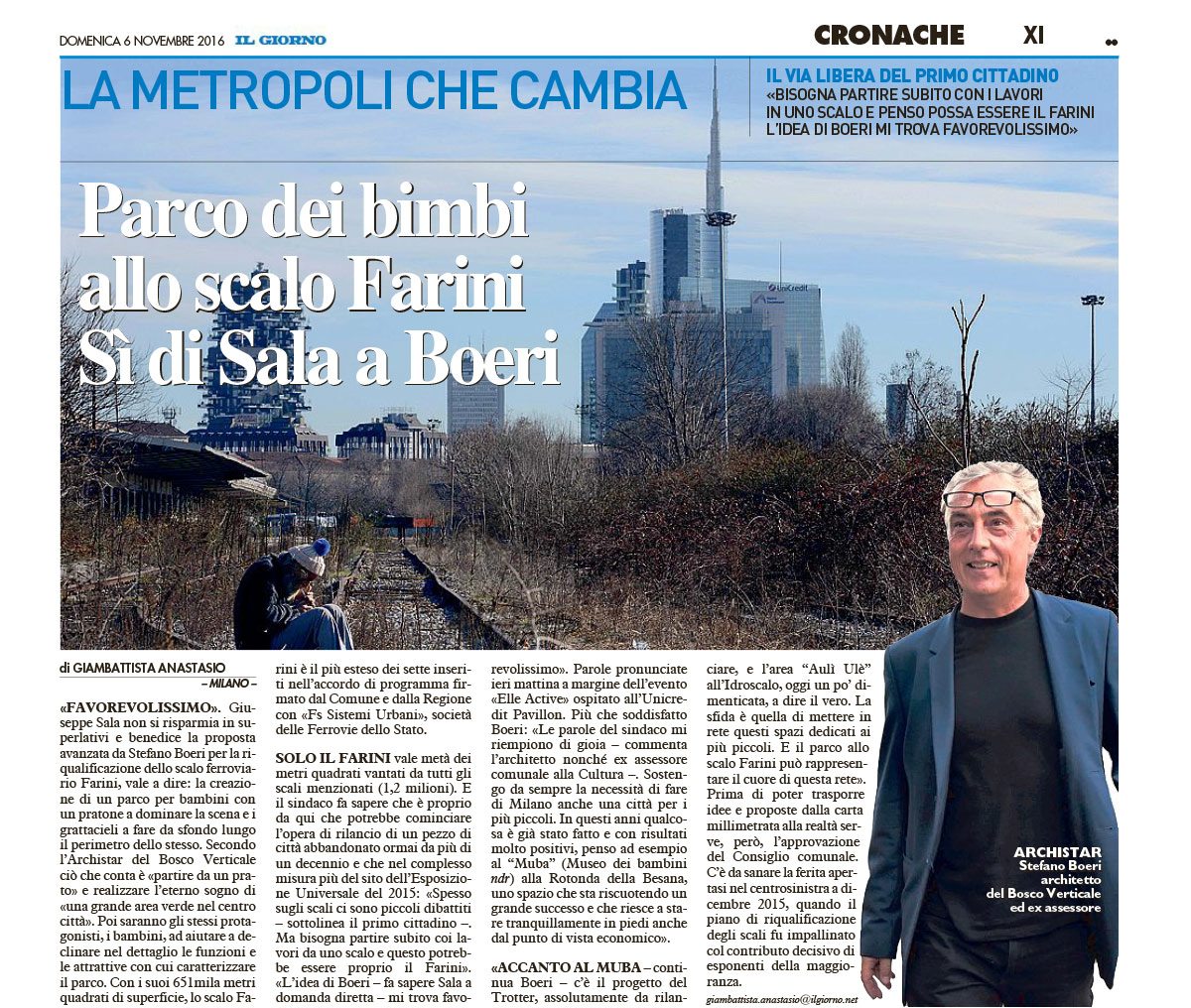 “Highly favorable”. The mayor of Milan Giuseppe Sala blesses the proposal made by Stefano Boeri for the redevelopment of the ex railway yard Farini, namely: the creation of a children’s park with a giant lawn to dominate the scene and the skyscrapers to make a background along its confines. According to the Vertical Forest Archistar what counts is “to start from a lawn” and realize the everlasting dream of “a large green area in the city center.” Then it’s going to be the protagonists themselves, the children, to help to decline in detail the features and amenities characterizing the park.