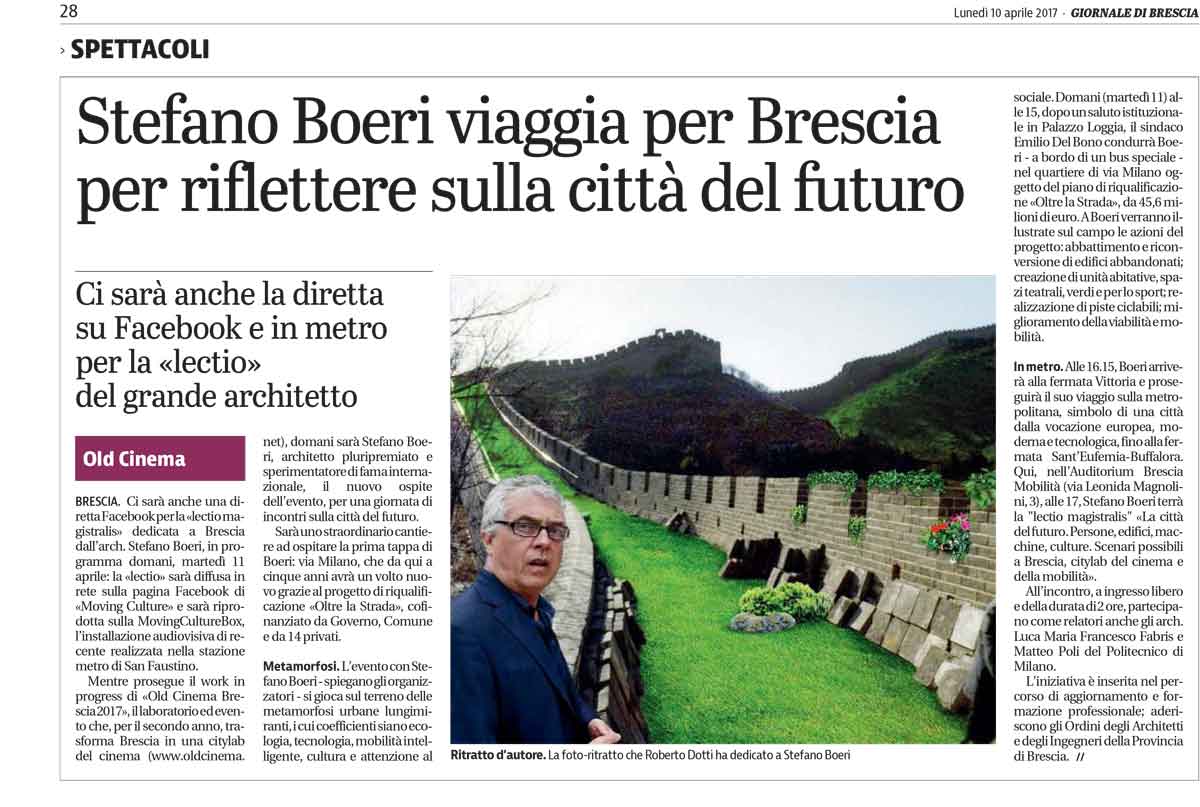 Today, at 3:00 pm, Stefano Boeri will be the guest at “Old Cinema Brescia 2017”. The second stage at Brescia, will be the Auditorium Brescia Mobilità, in which the architect will hold the “lectio magistralis”: “The city of the future”.
During the day there will be a visit to the district Via Milano, subject of the redevelopment plan “Beyond the road”, this project involves the upgrading of abandoned buildings, public spaces and new infrastructure.
For the second consecutive year, “Old Cinema Brescia 2017”, transforms the city of Brescia in a citylab.