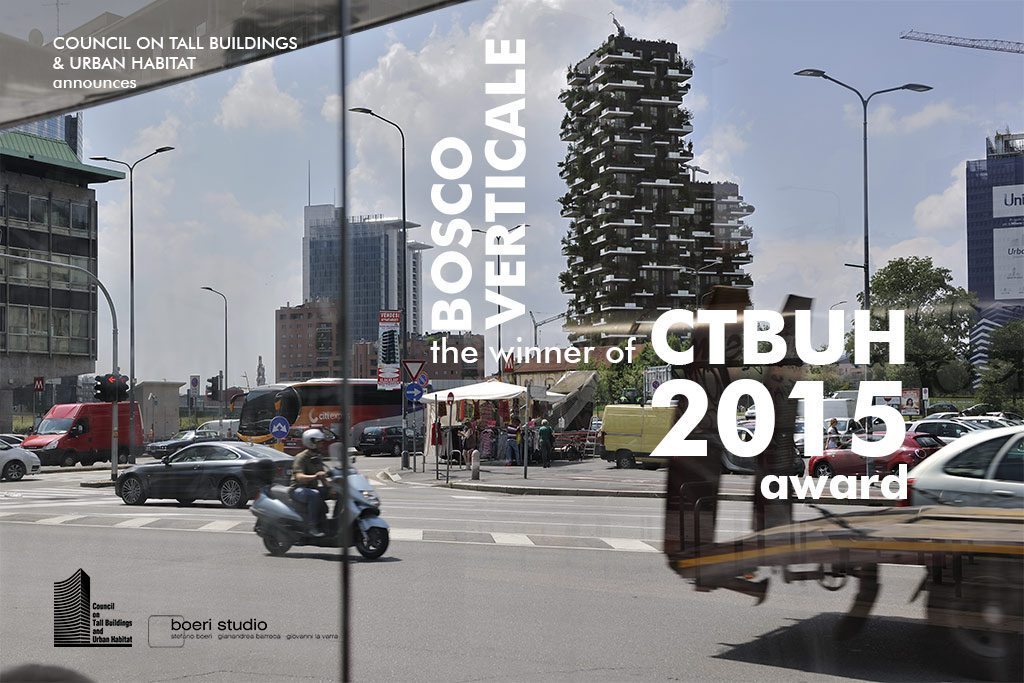 After Frankfurt and China, Bosco Verticale wins the architecture award of Chicago.

After the International Award of Frankfurt and the success in China, the Bosco Verticale of Boeri Studio achieves a great recognition in USA.  The prestigious Council on Tall Buildings and Urban Habitat promoted by Illinois Institute of Technology of Chicago has awarded Bosco Verticale as the Best Tall Building of 2015 (last year this title has been assigned to De Rotterdam of Rem Koolhaas).

The prize giving will take place on the 12th of November during the ceremony in the famous Crown Hall designed by Mies van der Rohe and in that occasion the Award for the Best Tall Building Worldwide  2015 will be announced. Bosco Verticale will compete for this prize together with the winners from the other continents.

To confirm the great interest that is recently shown towards Bosco Verticale in USA, Stefano Boeri Architetti has been invited to participate to the next edition of the Biennale of Architettura of Chicago that will be inaugurated in October.

Stefano Boeri, who will open the International Congress BAU on the “Future of the Buildings” next Wednesday in Beijing, says:

“After the recognition of Frankfurt, that of Chicago confirms that with Bosco Verticale the idea of the new way of living in the city is being awarded.The two towers of Milan demonstrate the possibility of living among the trees and the green even in the sky of the city; surrounded by extraordinary biodiversity of plants, trees and birds.Milano and its Bosco Verticale are being studied by the whole world as a model of cohabitation with the nature, for the city of the future”.