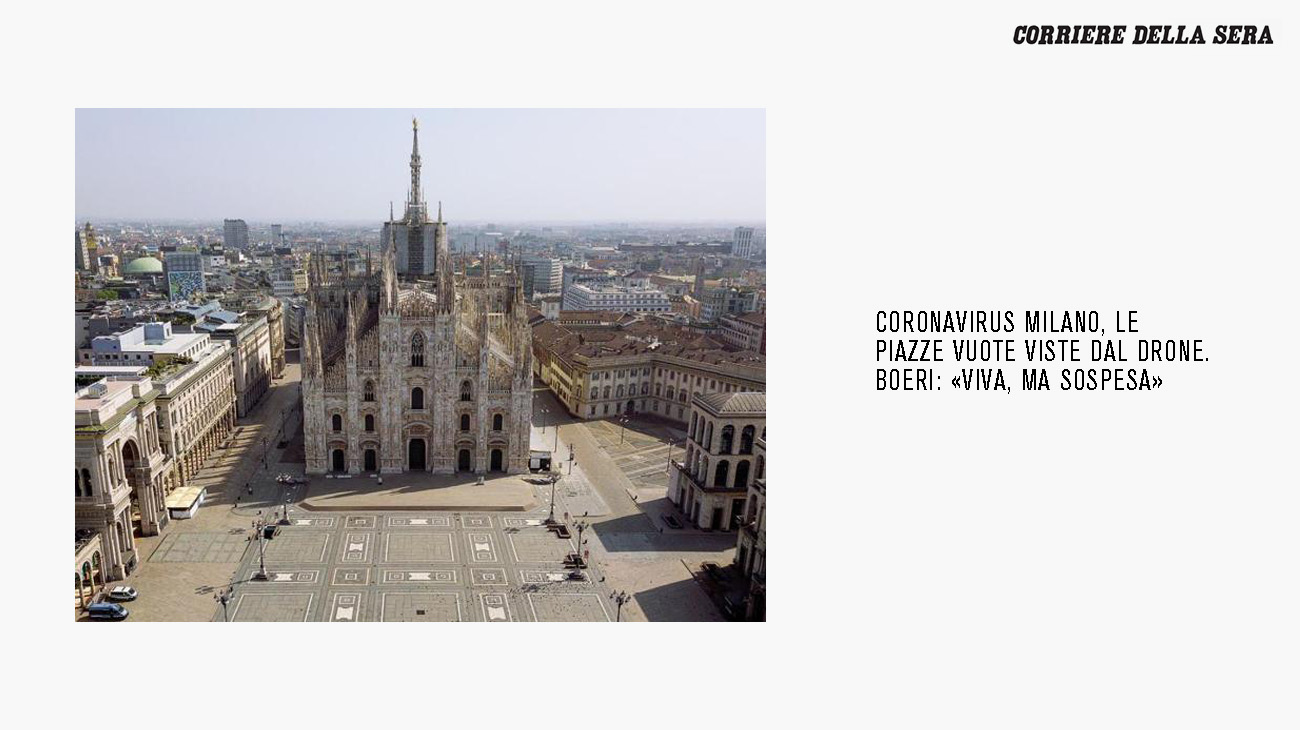 On Corriere della Sera, Milan section, an article that shows the Lombard capital deserted and emptied, during the emergency situation given by the Covid-19 pandemic. A contemporary fresco that brings to mind Leonardo da Vinci’s “bird’s-eye” drawings, in which he imagined and reconstructed the views of cities and fortifications on parchment, today reproduced by a drone that crosses the skies and tells a deserted city. The architect and urban planner Stefano Boeri does exhibit a precise vision, by telling a city that is not empty but inhabited, but forced into private houses, no longer having the direct link between public and private areas any more, previously created by the commercial spaces, now closed. A silent metropolis but still shining in the spring sun, which does not fear a rebirth and which manifests itself in an enormous effort towards the weaker sections, towards which the attention and help of all citizens are directed.

The city without a trace of frenzy shows itself seen from above in evocative and taciturn images, breath-taking. Neighbourhoods, green spaces and deserted avenues follow one after the other to welcome essential choices: renewable sources and a new alliance between man and nature, in search of local sustainability while respecting the agricultural realities surrounding the metropolitan area.