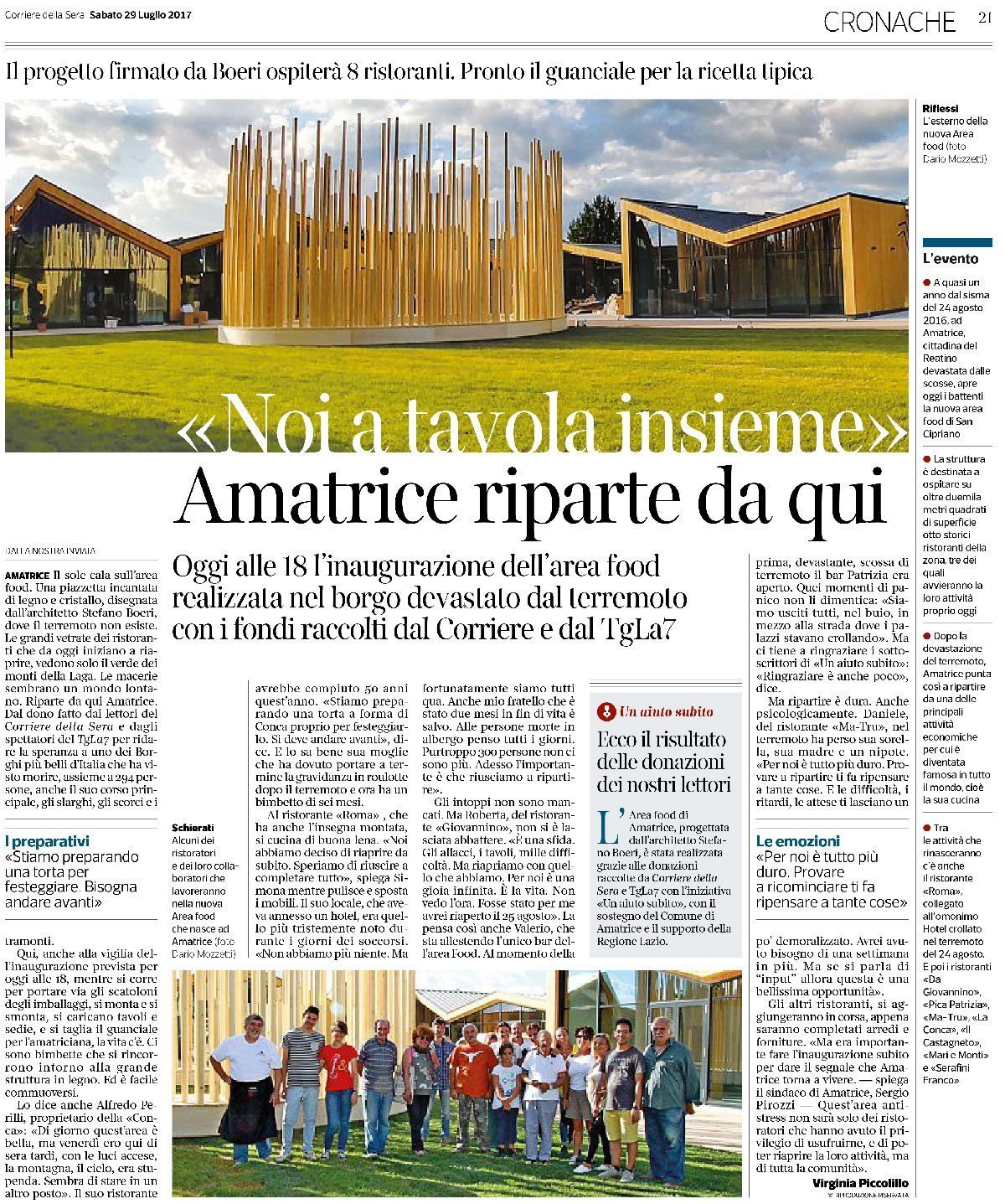 The official inauguration of the Amatrice Food Area was held Saturday, 29th July, in the presence of authorities and citizens. It is the first complex to be entirely built and delivered to the citizens.
The work was accomplished with the design contribution of the architect Stefano Boeri and the operational contribution of the Friuli Venezia Giulia Region, Innova FVG, Filiera del Legno FVG and Domus Gaia. The funds for the populations struck by the earthquake in Central Italy, were raised with “Un Aiuto Subito” by Corriere della Sera and TG La7 through Banca Prossima and the TIM “With You We Do” crowdfunding.
The Food Area will host historic restaurants of Amatrice, allowing to the city to restart from what made it famous.