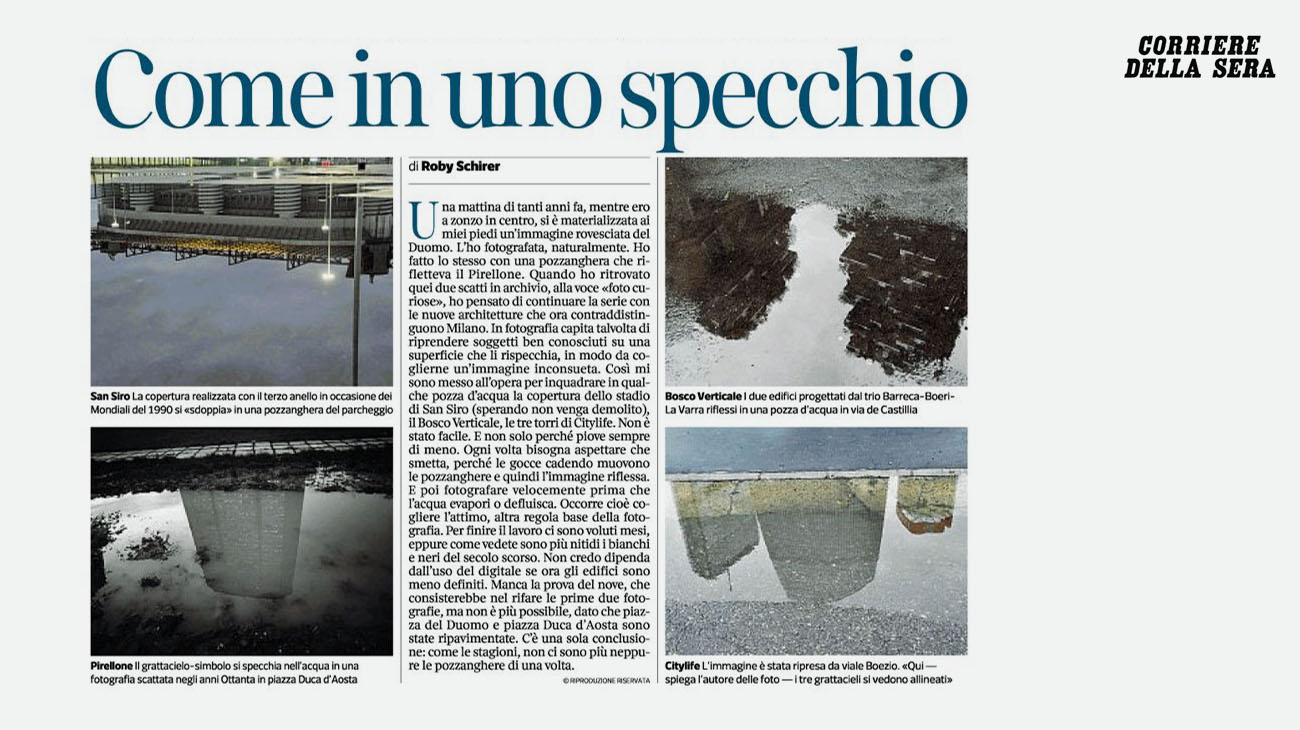 On Corriere della Sera an article by Roby Schirer tells about “the city upside down”: Milan seen through the reflections of the puddles. The photographer presents a series of shots of the symbolic buildings of Milan in reverse, as in a mirror: from the historic buildings such as the Duomo and the Pirellone to the skyscrapers of the new skyline such as the Vertical Forest in Porta Nuova, the three towers of Citylife and the stadium of San Siro. In the image shot by Schirer, the two green towers designed by Boeri Studio (Boeri, La Varra, Barreca) are reflected in a puddle of the neighboring park.